The Sámi – a united but diverse people

The Sámi, the indigenous people of the Scandinavian Arctic, are not a homogenous group. Even though we share a common identity, we are diverse and live in very different environments. Perhaps some of those differences can be ascribed to the fact that different groups with varied backgrounds migrated here from different regions. And perhaps we feel united because we have shared values and traditions: central to our heritage is the strong awareness of the natural world that surrounds us, and the natural resources we have harvested since time immemorial. Perhaps also, we stand united because for centuries we have lived as minorities in our own land, and have been forced to fight for our culture and for our rights. That is why Sámi identity is at once both united and diverse, timeless and yet constantly evolving. Our Sámi identity is strong and clear, and yet full of contradictions and rivalries. Just like other peoples – and just like every one of us is as an individual human being.

The Sámi and their language
The Sámi migrated to Scandinavia, the same as the ancestors of everyone else living in Norway. We came from several directions, arriving in different eras and speaking different languages. Gradually, the languages spoken by others near where we settled influenced our own languages. Today, there are still eleven Sámi languages in the Sápmi, although several of them have long been under severe pressure – and two are almost extinct. For good reason, Sámi is considered the most endangered language group in all of Europe. Despite having many common characteristics, some of the Sámi languages are mutually incomprehensible. Our languages share several grammatical properties that are very rare. Some linguists believe these distinct qualities may cast light on how human languages influence our ways of thinking, and vice versa. Our main languages in Norway today are Northern Sámi, which is the most common, as well as Lule Sámi and Southern Sámi.

There is disagreement on how many Sámi people there are today. Some believe that between 50,000 and 80,000 Sámi live in the four countries that the Sápmi spans: Norway, Sweden, Finland and Russia. Others believe the number is closer to 200,000. However, everyone does agree that Norway has the most Sámi – and yet perhaps as few as 15,000 have Sámi as their first language. Fortunately, interest in Sámi cultural heritage and language is on the rise. Many members of the younger generation are reclaiming the language that their parents or grandparents once lost.

Gákti – the traditional Sámi clothing
We not only have different languages, but traditional costumes that are distinct to each Sápmi region. The gákti, called samekofte in Norwegian, is our most important and well-known traditional garment; it varies from place to place, just as the bunad (the Norwegian national costume) does. All of our gákti have clear commonalities, especially cut and colour, and a long and exciting history.

As long ago as the second century, the Roman historian Tacitus wrote that the Sámi of the far north dressed in leather and fur. Later, in one of his sagas, the Icelandic historian and statesman Snorri Sturluson told of how Thorir the Hound, a Viking chieftain in Troms, obtained twelve Sámi gákti made of reindeer skin. According to legend, the gákti were imbued with so much sorcery that no weapon would cut or pierce. In fact, Thorir the Hound himself wore a gákti when he fought in the famous Battle of Stiklestad in 1030, where King Olaf II Haraldsson fell.

Originally the Sámi made their gákti of sewn leather. But as early as the 1600s many were making them of woollen cloth, especially the coarse undyed wool fabric called vadmel (at the time a key export of Iceland), decorated with colourful ribbons. The Sámi traded for these materials, which were brought north by European merchants. However, it is worth noting that the coastal Sámi were skilled weavers in their own right, and they produced many of their own fabrics, used for clothing as well as to make their traditional lavvo tents. Today, the Sámi gákti are also sewn of cotton and silk, and beautiful new colour variations are being developed. Both the gákti and the traditional Sámi hat are still decorated with colourful ribbons, leather, lace, and even metal-thread embroidery. The knowledgeable observer will immediately know where the Sámi wearing the gákti is from, their family affiliation, and whether they are married or unmarried. Most places in the Sápmi, our women also wear silk or wool shawls, and impressive silver or gold brooches.

The coastal Sámi and the Sámi reindeer herders
The Sámi cultures are not only categorised by language, but also by whether they are inland reindeer herders or reside on the coast. This division crosses geography as well as language, and moreover these two groups have always to some extent overlapped. There are many stories – fragmentary and sometimes contradictory – that try to explain these divisions and the development from nomadic life to fixed settlement. But overall it seems clear that the inland Sámi have been engaged in domestic reindeer herding since at least the 1500s, while the main livelihoods of the coastal Sámi have been fishing, farming, boatbuilding and trade. The two groups are vitally important to one another, and they complement each other with regards to knowledge, natural resources and contacts.

The heritage and history of Sámi boatbuilding is almost forgotten today, but the Sámi boat-builders deserve much of the credit for making Norway one of the world’s leading maritime nations. It is but one example of exciting stories waiting to be told, and of Sámi know-how that is news to most people.

If you come to visit the Sápmi, you can listen to great storytellers and immerse yourself in much knowledge. Better yet, we invite you to become an active participant! There is no better way to acquaint yourself with the rich Sámi heritage that once again is flourishing in the far north. 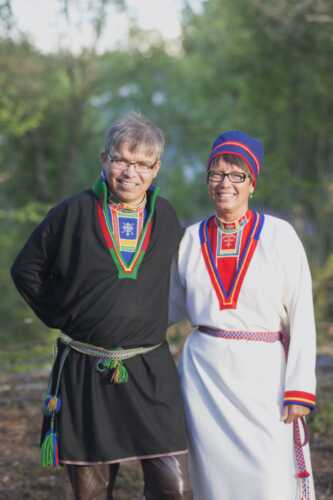 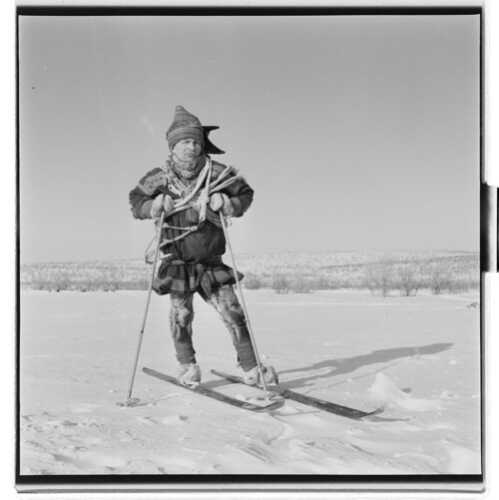 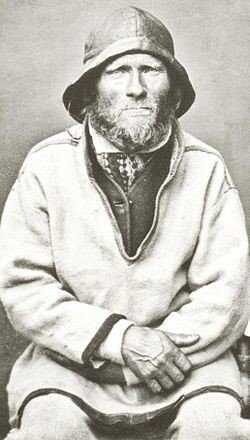